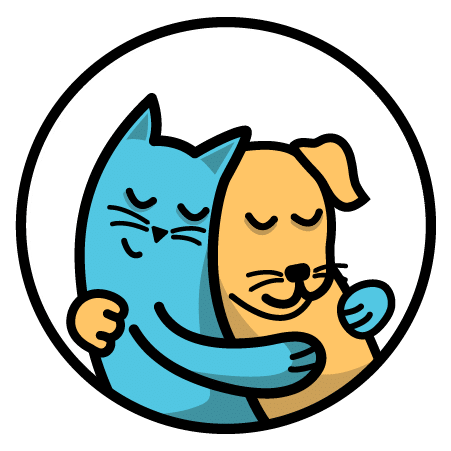 I recently received a call from one of the local shelters locally to discuss some of their policy changes. We were informed that the shelter would no longer be testing felines for FeLV / FIV. If you aren’t familiar with FeLV / FIV, Cornell University and several other universities have a tremendous amount of valuable information on the diseases.

Although the representative (let’s call her Carol) was patient and willing to hear my rebuttal to this decision, the truth is that she did not have the power to change it. This decision came from the shelter’s management.

While talking with Carol about the situation, she explained that after much deliberation and review of recent studies, in particular, the UW report, it was in the best interest of the animals. This may come down to a person’s perspective but for us,  it is not in the best interest of these animals to be released to an animal rescue before being tested, but more on that later.

I am familiar with the studies Carol referenced but, as with any study, you have to ask who commissioned the study; why they commissioned it; what they are studying; etc. Also, did the study state how the shelters should proceed or did the shelter take the data and choose their direction.  What alternatives were given?  Who was included in the research and who would be infected by these changes outside of the organization.  I appreciate the studies and the work of the universities as we use their research to help guide our work as well.  Nevertheless, there’s a lot of conversation that could have been had with the rescues before the decision was made.  It would be great if rescues were valued as truly rescue partners.

Why Refusing to Test is Bad for Cats, Rescues and Adopters

As a rescue, we do not turn away felines that test positive for FeLV and/or FIV but a positive result does change how we will manage their care. Including which foster will host this animal as their needs are now different than we anticipated. Being blind-sided by untested felines puts the rescue as a whole at risk and also creates undue stress and heartache on the part of the foster. Most of all it delays proper treatment efforts for the felines in question.   So, exactly why can’t the shelter test for a rescue especially when they are covering the cost AND promising to welcome the feline no matter the outcome?  I still don’t know.

For example; You come into a shelter and adopt a kitty. You don’t really know what FeLV is but you see a cute kitten pawing at you and your feline at home needs a friend so you fill out the application, get approved, and bring home Fluffy. Yeah for Fluffy. She now has a place to call home. You get your new kitty home and a few months later you bring her to the vet and they clarify that the shelter did not test for FeLV and FIV.  They ask to do so and you agree. Then you hear the most terrifying of words – the test was positive. Your kitty has a fatal illness that at some point will take its life prematurely. But, what’s worse is that any other felines in your home have been exposed and are now at risk of having FeLV; prematurely sentencing them to death. Was it worth it to you or your beloved pet for the animal shelter to save the time and money and not test?

Many potential adopters are not even aware of what FeLV and FIV are.  When I welcomed my first feline in 1998, I surely didn’t.  A woman handed me a cat and said “here” and that was my first  time having a cat.  I honestly didn’t know much about FeLV and FIV until I joined this rescue as a volunteer cleaning kennels and playing with the adoptable kitties.  The more I was involved, the greater knowledge and understanding I gained but that is not the situation for most adopters.

Keep in mind that the report doesn’t talk about the effects to rescues.  Rescues are often times the final chance for an animal to live.  Animals are placed on euthanasia lists and sent to rescues to give them one last chance.  If no rescue (or sometimes an adopter depending on the animal’s reason for being on the list), then that animal will perish.  I have always found it ironic how often the animals offered to rescues on the e-list by some shelters are the most unhealthy or expensive animals at the shelter despite the fact that rescues have far less resources than shelters but that’s a story for another day.

How We Care for FeLV/FIV Positive Kitties

So, what do rescues do when a kitty tests positive for FeLV or FIV? It depends on the rescue. We are a never-kill rescue at Saving One Life and no kitty is going to be euthanized because of this test. We will adapt our plan for this animal based on the test results.

FIV: Will be placed into a foster home and fully vetted. FIV kitties are more prone to dental issues so a visit to a full-service vet including dental if needed is the most. We will not only disclose the results of the test to a possible adopter but also provide a free vet visit and information about FIV. If the adopter needs our support a month down the road, we will be there.

FeLV: Positive kitties will be going into a trained foster home who understands the importance of quarantine. Although FeLV is contagious, it does not live outside the body long (Phew!). If kitty was only tested by snap test (or similar product), we will wait 2 -3 months to retest. IF the test comes back negative, we will send a more advanced test to the lab called an IFA to confirm whether the kitty actually has the illness. If negative, kitty will be placed for adoption after fully vetting. Again, we will fully disclose the history of the kitty. If positive, kitty will remain in foster. If healthy and IFA confirms kitty is indeed positive, kitty may be placed for adoption with a clear understanding that the lifetime will quite possibly be abbreviated and the importance of not comingling positive kitties with negative kitties. There is a FeLV vaccine but it is not 100% so adopters need to take appropriate precautions.

What if the kitty is positive for FeLV and is not healthy? Kitty will be cared for by one of our Fosters for as long as they can. They will have all the love and cuddles a normal kitty would have.

As someone who has fostered an entire litter of FeLV positive kittens, it is not easy on the Foster but the litter of six lived to be 8 – 11 months old with one still thriving at almost a year old. These kitties were treated like royalty and loved.

Animal Shelters are Passing the Cost to the Rescues

So, why am I so frustrated by this shelter’s decision? It passes the unknown onto the rescue but more importantly to the adopter who has far fewer resources (financially and every other way) than a shelter. Shelters have veterinarians on staff, paid staff, a building, and many times a lot of money. Rescues work as foster-based so no shelter, rarely a paid employee, and no veterinarian on staff so everything is harder, more expensive, and heartbreaking.

Here’s a bit of perspective:

The shelter who announced this change has millions in the bank.

Our rescue typically has less than $5,000 of unrestricted funds. Despite our shoestring budget, we save over 1,000 animals per year and never euthanize unless it’s the end of life.

There are rescues that won’t be able to pay for the additional testing and may have to stop rescuing unwanted cats and kittens from the Shelter or due to lack of space (since foster-based versus facility) may opt to euthanize.  This would be just as emotionally challenging for rescue volunteers as the report indicates for shelter staff.

Aren’t there other options?  Why is the option to either test or not test?  Couldn’t there instead be an option for felines that do test positive?  Why does it have to be a matter of life and death?  Some of these shelters (certainly not all) have the funds and supporters who may fund additional space or testing if they were given the opportunity but instead it seems the issue was left to “Test or Not Test.”  How short-sighted!

To all the shelters that offer testing and support the adopters and rescues in this way, thank you. No one wants a feline to die because of an FeLV / FIV test, irrelevant of where the test is performed so there has to be a better option that protects the felines first and foremost.  I hopefully look forward to the shelter talking with the rescues about alternatives – only time will tell.

Please adopt, don’t shop! You can find a list of our adoptable cats and kittens below

Apply today to become a Volunteer!

Why Our Family Provides Respite Foster Care for Rescue Cats

Saving One Life Chosen as Feline Adoption Partner for Whiskers and Wine in San Diego, CA

It’s Raining Rescue Kittens in Phoenix & We Need Your Help!

Feeding and Caring for Feral Cat Colonies in Phoenix

I Could Never Foster; I Would Never Give Them Up! – Part Two

I Could Never Foster; I Would Never Give Them Up! – Part One