“I am so happy! I can now run and play and do all the things other kitties can do!”

Arya visited Dr. Stier every few weeks to check the medical intervention was helping at all.  Arya had to be on daily medication which was specifically shown to treat mycoplasma.  The hope was that it would keep the infection from creating more havoc in her small body (1.7 lbs).  But surgery was inevitable…or was it?  After several weeks, the pyothroax was gone!  When Dr. Stier was asked how often he had seen a cat survive a pyothorax without surgery.  He said, “Once, Arya!”  In many ways, Arya was a medical miracle.  It certainly took a whole team of specialists and a lot of work by her foster family and especially Arya to ensure Arya survived.  But she did! 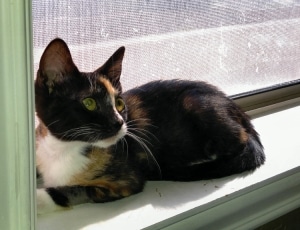 “No matter what I do, it hurts to breath that I have no energy.  Can someone get all the fluid out of my chest?”

Arya started off as a one of three kittens in a litter.  As her siblings flourished, she was not thriving.  Initially, she was treated for Calicivirus.  When she finally got over Calicivirus, the next medical challenge presented itself.  What started off as a stricture in her throat (which explained the neck stretching) showed to be nothing compared to her chest full of fluid.  A trip to the emergency veterinarian along with the involvement of several specialists (cardiologist, surgeon, internist, criticalist), the good news was that she didn’t have a pneumothorax.  However, she did have a pyothorax (They removed over 15 mls of fluid from her tiny chest.) which requires major surgery but there was no chance Arya could survive this surgery.  So, she was taken home to do anything possible to help her gain her strength and health to prepare her for potential major surgery. 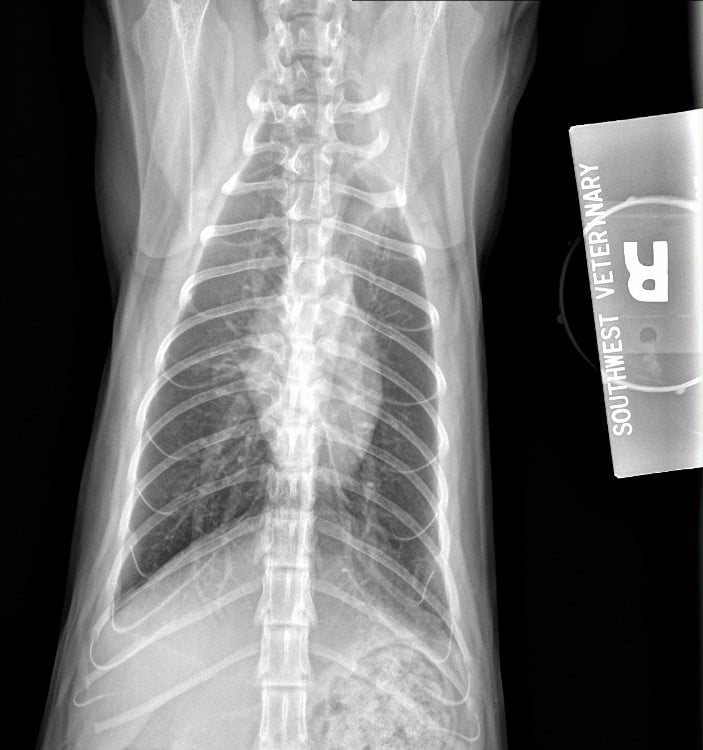 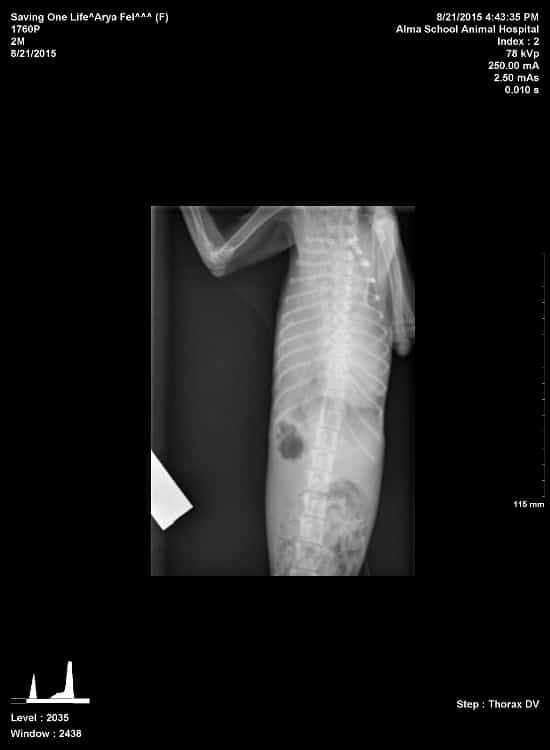 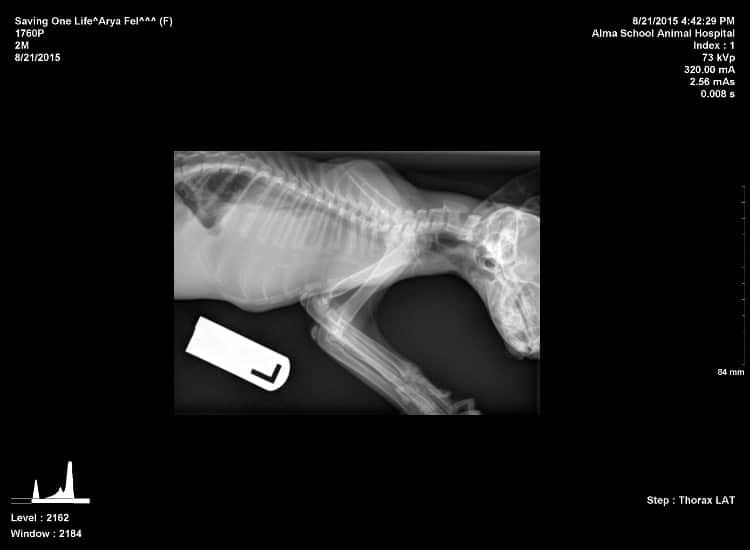 Why Our Family Provides Respite Foster Care for Rescue Cats

Saving One Life Chosen as Feline Adoption Partner for Whiskers and Wine in San Diego, CA

It’s Raining Rescue Kittens in Phoenix & We Need Your Help!

Feeding and Caring for Feral Cat Colonies in Phoenix

I Could Never Foster; I Would Never Give Them Up! – Part Two

I Could Never Foster; I Would Never Give Them Up! – Part One